With the conversion of our slide set, “From Sinai to Sakhra,” into digital format, the complete set of volumes we previously had available is now on disc. Having ourselves followed, in part, the route of the Ark and being intimately familiar with some of its resting-places, this subject is close to our hearts. Information that has come to light in recent years has been added, making this CD an entirely new presentation. 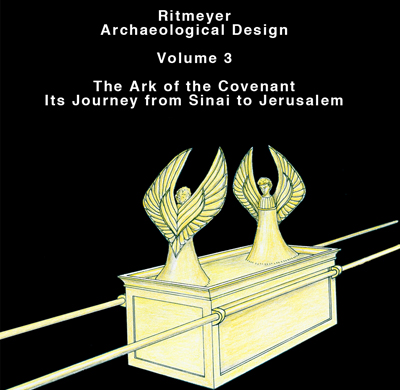 Pictures of a model of the Tabernacle, designed by Dr. Leen Ritmeyer, have been included to help viewers understand the place of the Ark in the symbolism of God’s desert sanctuary. Specially created maps of its journey to the Promised Land and wanderings among the Philistines make it possible to follow this dramatic story. There are unique reconstruction drawings of scenes such as the Camp of Israel at the foot of Mount Sinai and evocative photographs of the desert scenes through which the Ark passed. The view of Moses from Mount Nebo is contrasted with that of Balaam, the mad prophet, from the very same spot. A rare photograph of the River Jordan in flood serves to demonstrate the faith of the two spies who crossed it before the Ark could lead the Israelites into their inheritance.

Excavation photographs and diagrams show that the walls of Jericho really did fall down! Once Jerusalem is reached, the cities of David and Solomon, which were so closely involved with the Ark’s stay, are explored both in photographs and graphics. The account of the travels of the Ark ends with the installation of this holiest of objects in the Holy of Holies of the Temple and a discussion as to its possible location today.

We have ideas for exciting new topics for CDs to aid you in your Bible study and teaching and will keep you posted on this blog. Do let us know if there is a subject you would like covered.

25 thoughts on “The Ark of the Covenant”