Today, the Israel Antiquities Authority revealed the “Rare Archaeological Find from the History of Jerusalem”, which we mentioned in yesterday’s blog post. It turns out to be a Roman inscription dating from 129/130 AD. It was dedicated by the 10th Legion (Fretensis ) to Hadrian, the Roman Emperor who rebuilt Jerusalem in 135 AD and renamed it Aelia Capitolina.

According to a report in Arutz Sheva, the inscription may be among “the most important Latin inscriptions ever discovered in Jerusalem.” The stone was found in secondary use as part of the cover of a deep cistern, hence the semi-circular hole that allowed the drawing of water.

The stone that bears the inscription is actually the second part of an original inscription. The first part had already been discovered in Jerusalem by Clermont-Ganneau in the middle of the 19th century and is exhibited in the courtyard of the Studium Biblicum Fransciscanum Museum on the Via Dolorosa just inside the Lions (St. Stephen’s) Gate: 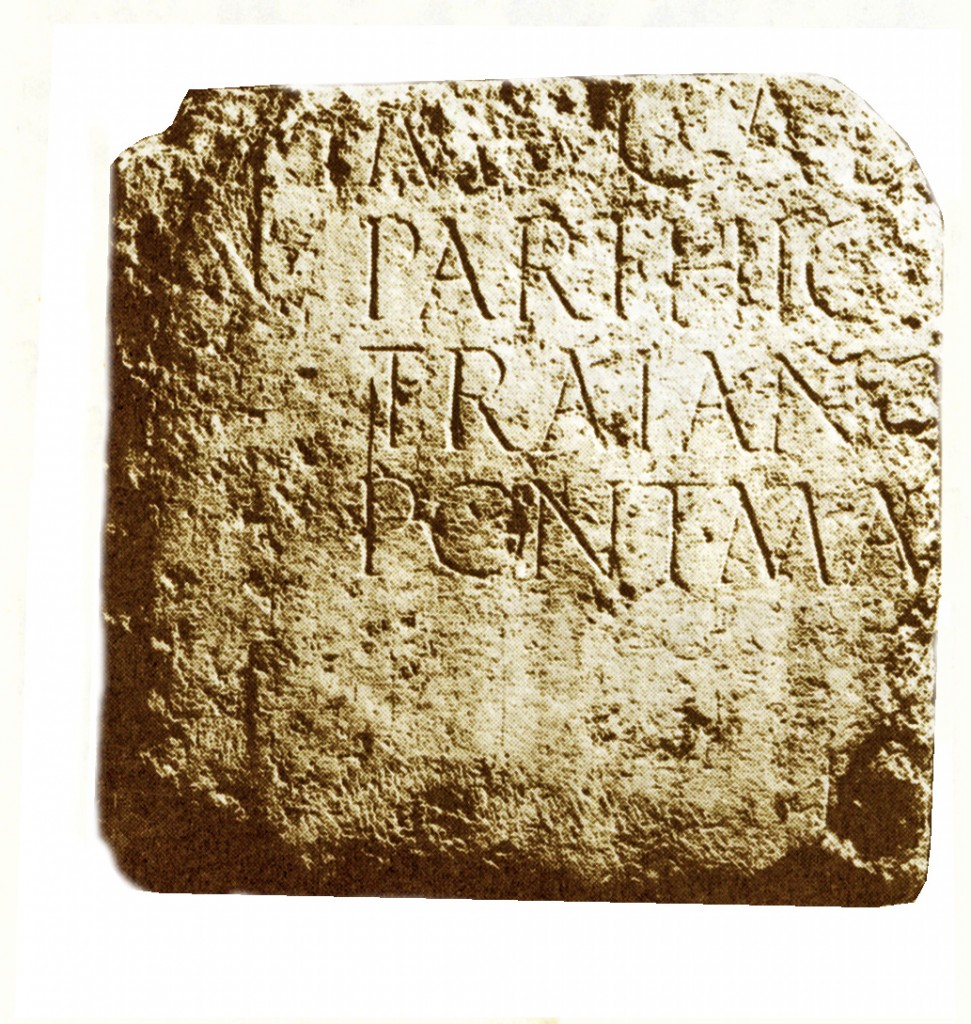 Putting the two inscriptions together, the complete inscription reads:

“To the Imperator Caesar Traianus Hadrianus Augustus, son of the deified Traianus Parthicus, grandson of the deified Nerva, high priest, invested with tribunician power for the 14th time, consul for the third time, father of the country (dedicated by) the 10th legion Fretensis Antoniniana.”

After the Roman destruction of 70 A.D., the 10th Legion set up an encampment south of the Hippicus Tower on the Western Hill of Jerusalem. After nationalistic uprisings, Hadrian flattened the city and in 135 A.D. built a new one on its ruins and called it Aelia Capitolina.

The major buildings are the Damascus Gate in the north, a Temple of Aphrodite, two forums (market places) and there may have been a Temple of Jupiter on the Temple Mount.

A new drawing of the Temple Mount during the time of Aelia Capitolina has been made for our new guide book:

Some historical sources indicate that during this Roman period, a sanctuary to Jupiter was erected on the Temple Mount as were two dedicatory columns with statues of Hadrian and Antoninus Pius. The remains of three long steps that are no longer visible but were marked on Warren’s plans, may have belonged to the southern part of the crepidoma  (stepped platform) of this presumed temple.  Jews were forbidden from entering the city on pain of death and Hadrian tried further to erase their connection to the Land by changing the name of Judea to Syria Palaestina (whence the name Palestine).

This drawing is one in the series that shows the history of Mount Moriah in the different historical phases starting at the time of Abraham. In future posts we will refer to other drawings in this series.

6 thoughts on “Inscription dedicated to Hadrian found in Jerusalem”