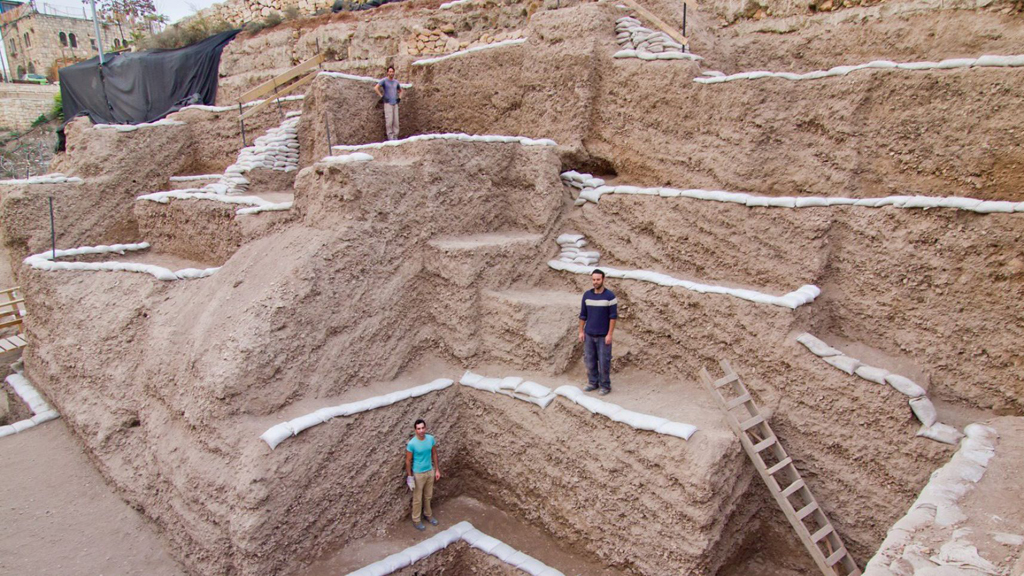 The idea that the Temple didn’t stand on the Temple Mount, but in the city of David, is based on the misreading of two Bible passages. The first is that Jesus said that not one stone shall be left upon another (Matt. 24:2; Luke 21:6) and the other comes from Ps. 87:7 that says, “all my springs are in you”.

I have refuted this here, here and here, but some still believe it.

What is the importance of this garbage dump then? Ariel David wrote in an article for Haaretz that:

Israeli archaeologists have stumbled upon the mother of all garbage dumps: a massive landfill from early Roman times that may have been the result of the most sophisticated trash collection system in antiquity.

Layer upon layer of waste that was efficiently collected, piled up and buried some 2,000 years ago has been dug up on the slopes of the Kidron valley, just outside the Roman-era walls of Jerusalem.

The landfill, which was excavated in 2013-2014 in conjunction with the Israel Antiquities Authority, rose to a towering 70 meters in height, from the bottom of the valley to the walls of the city. It was quite unusual in its size says, Yuval Gadot a Tel Aviv University archaeologist who led the dig.

Yigal Shiloh also encountered this fill that covered area G and went all the way down to the Kedron Valley bed, although he thought that is was a defensive rampart originating in the Hellenistic period.

This landfill has been found along the western slope of the Kedron Valley and can still be seen today.

The interesting conclusion one can draw from this garbage is that if the Temple indeed stood on the western slope of the Kedron Valley above the Gihon Spring, then either it must have been built on this unstable landfill, which is unlikely, or, as all large Jerusalem buildings are founded on the rock, especially such a large complex as the Temple Mount and its buildings, there shouldn’t be any landfill there. If the Temple indeed stood above the spring there should be a large hole in this landfill, but there isn’t.

It is interesting to read historical sources including the Bible, but if the interpretation of the text conflicts with archaeological evidence, positive or negative, the theory itself becomes garbage.