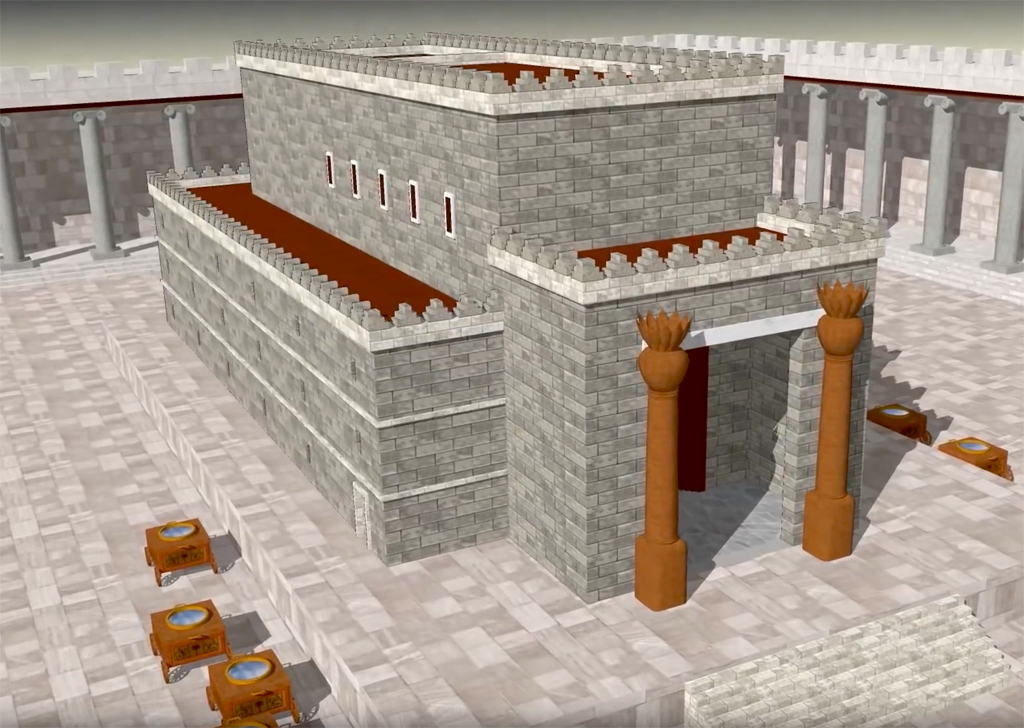 Just over two years ago, I wrote a post, reporting on a 3D model of Solomon’s Temple, created by Daniel Smith. Last week he told me that he had just released a new video, which is called “Solomon’s Temple Explained”. He is happy for me to share it with you. 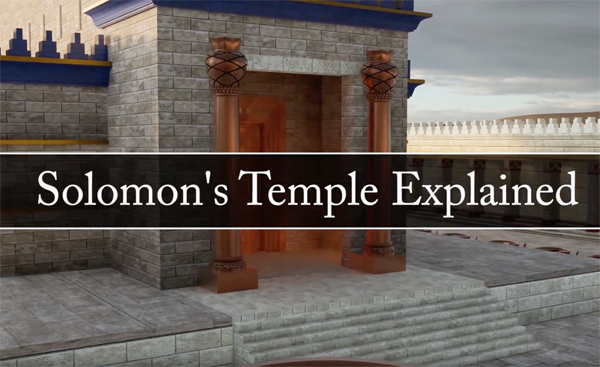 Solomon’s Temple stood in Jerusalem for almost 400 years. It was the crown jewel of Jerusalem, and the center of worship to the Lord. Understanding the significance of its location, history, and design can greatly add to one’s reverence for one of the most holy places in the world,

Special thanks to: Brian Olson for the beautiful 3D Solomon Temple renders. Michael Lyon for his design elements and feedback of the Temple model. Leen Ritmeyer for his excellent books and personal help. Cantorum Chamber Choir for allowing me to use their music.

This excellent new video begins by explaining the topography of Jerusalem and how the City of Solomon’s location was determined by the surrounding mountains and valleys. The topographical and biblical importance of Mount Moriah is explained.

The video includes a section on the Tabernacle which served as a blueprint for Solomon’s Temple. After showing that Solomon built the Temple on Mount Moriah where David previously had purchased the threshingfloor of Araunah the Jebusite, he goes back to the Book of Genesis and explains the symbology of the events that took place in the Garden of Eden.

The video then shows that Solomon’s Temple replicated the same three-level progression as found in the Garden of Eden and the Tabernacle. The ultimate aim of its design was to show how people could return to God. The video ends with the Sacrifice of Christ.