So reads the headline in an Israeli newspaper reporting on an interview about the Temple Mount. 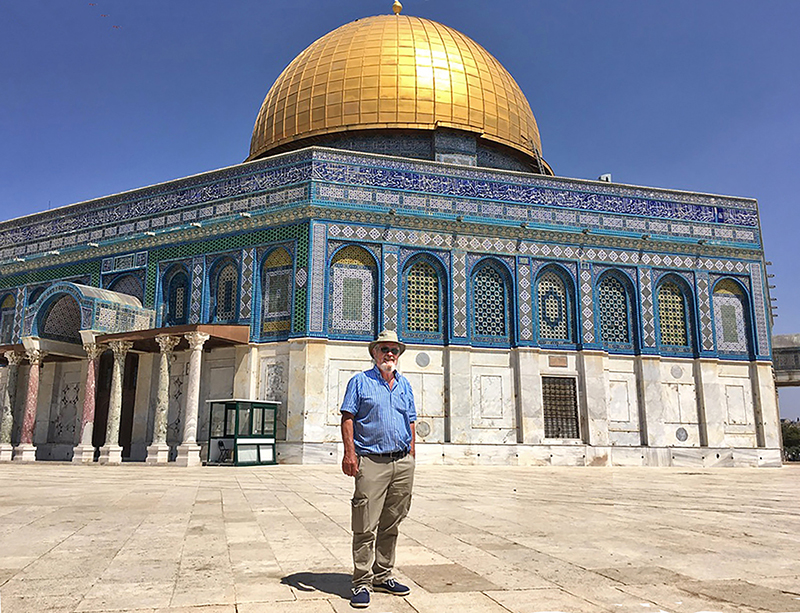 On the 11th of this month, I guided a group of Israeli visitors around the Temple Mount. All of them were highly interested in the Temple Mount for various reasons, some nationalistic and others religious. At the end of the tour, we had lunch together and a journalist interviewed me. His full-page report, with the above title, was published in the Hebrew Makor Rishon newspaper.

You can download the translation of this article with this link:

They were also very interested in the underground spaces beneath the mount and published in the newspaper a photograph of a tunnel that was found below the Triple Gate passageway. It was such a peaceful time in the 1970’s, that we had free access to these mysterious places. It was a real privilege to have seen, measured and photographed these spaces, something that would not be possible at present.

During that time, other tunnels were found running deep below the Double Gate. All these tunnels were closed off after thorough investigation.

In between the Triple Gate and the southeast corner of the Temple Mount, below the Single Gate that dates from the Crusader period, is another secret tunnel that runs below Solomon’s Stables, that has been converted to a mosque, the El-Marwani Mosque. This tunnel reached to the centre of the Royal Stoa above and may have been used by the workmen who built this edifice.

Another religious Jew said that he couldn’t keep the Mosaic Law without the Temple Mount. I had to agree and said:

They wanted to know what, apart from its archaeological importance, the Temple Mount meant for me as a Christian. I answered that Mount Moriah was the place where Abraham was called to sacrifice his only-begotten son Isaac, which, as explained in the Letter to the Hebrews 11:19, was an example of the sacrifice and resurrection of Jesus Christ.

16 thoughts on ““Here, in this carved-out place, stood the Ark of the Covenant””