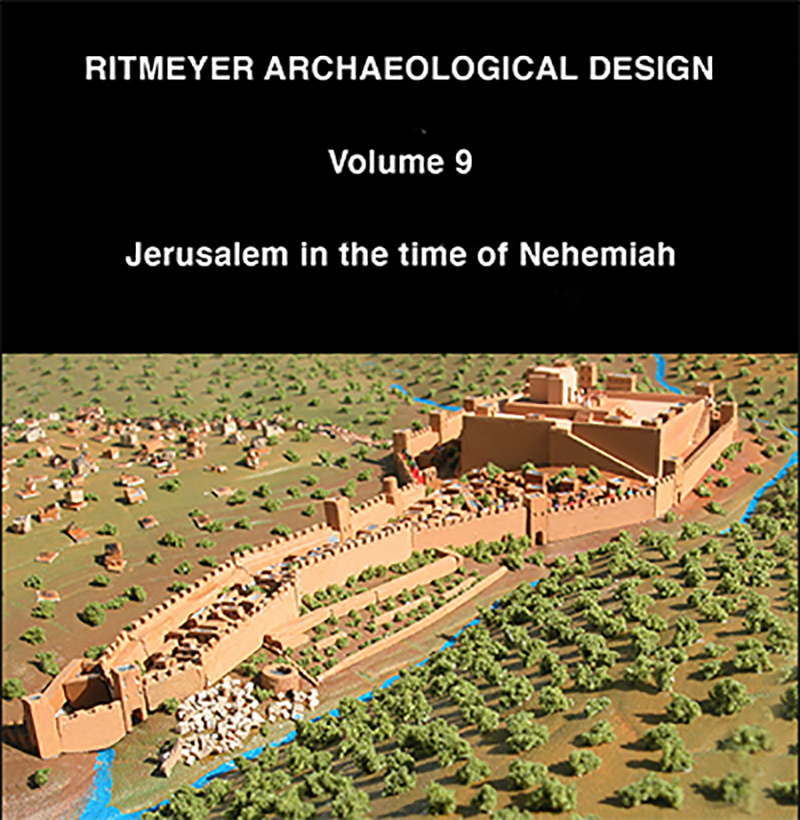 After the Temple Mount, the most popular images in our Image Library are those that depict Jerusalem in the Time of Nehemiah. Most probably, this is because so little is known about the layout of the city at that time. The archaeological data to support the record of Nehemiah, is thin on the ground or should we say, appears to be thin on the ground. In fact – if we look carefully- scattered archaeological remains of the entire circumvallation can be detected.

Chapter 3 of the Book of Nehemiah gives a detailed account of the massive repair work undertaken under Nehemiah’s guidance and the groups of people that volunteered to give this city a new span of life after the terrible disaster of the Babylonian destruction.

The Sheep Gate is the first feature mentioned and also the last in Nehemiah’s list of restored wall sections and gates. This gate had not been referred to previously in the Old Testament record, whereas other features mentioned by Nehemiah, such as the Towers of Meah and Hananeel were. Archaeological evidence for the Sheep Gate can be deduced from an underground tunnel in the northern wall of the city, called in Middot, one of the books of the Mishna, the earliest code of rabbinic law, the Tadi Gate. The model below shows how this part of the city would have looked in the time of Nehemiah:

In verse 13 of the chapter, the Valley Gate is mentioned. This is an element of Nehemiah’s wall of which we also have ancient remains, with J.W. Crowfoot discovering in 1924, a stretch of wall into which was built a gate which gave access to the City of David from the west.

Its location in the western wall of the city is shown in the model:

After the completion of the work that took 52 days, two companies praising God walked over the eastern and western walls and met at the Sheep Gate. The Sheep Gate was the northern gate into the Temple Mount. It was so called as through this gate the animals for sacrifice were brought into the Temple Mount. It must have been a wonderful sight to see these two groups merging into one, united both in body and spirit to praise the Lord for his mercy and his goodness:

We have combined all our information about the layout of Jerusalem in the time of Nehemiah to create a new RAD CD – Volume 9 with 41 slides, called Jerusalem in the time of Nehemiah. This presentation is profusely illustrated with photographs of a specially designed model, reconstruction drawings and photographs of archaeological remains. We use these illustrations in a verse by verse commentary on the third chapter of the Book of Nehemiah to follow the description of the restoration of Jerusalem’s walls.