The tunnel east of the Siloam Pool (not the stepped Siloam Reservoir) has been extended to the north. Inside the tunnel a beautifully preserved Herodian street has been found. This Jerusalem Post report has a silent video showing the beautifully carved steps. This side street runs parallel to the main street west of the Siloam Pool and continues further to the north. It apparently linked up with the main Tyropoeon Valley Street further up the valley. Further north, the same street can be seen near the Temple Mount, below Robinson’s Arch.

We reported in an earlier post that this main Herodian street has a huge drain below its pavers, which may have been used by some Jews trying to escape the Roman destruction. Those that escaped were unaware of the unfortunate lot that befell most of them, namely having their bowels cut open by Roman soldiers, who were in search for golden coins. 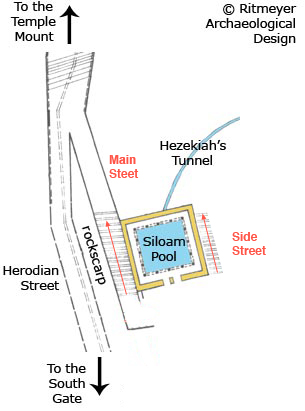 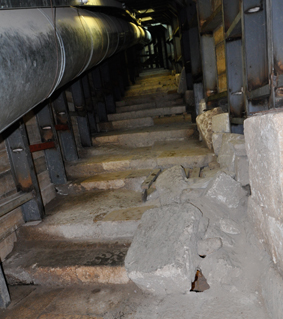