Our Image Library has been updated with many new drawings. There are two new series on Jerusalem, new reconstruction drawings in portrait orientation of the Tabernacle, the Temples of Solomon and Herod, also of Herodium and other sites.

Throughout its history, the size of Jerusalem expanded, but also diminished at times, as shown here: 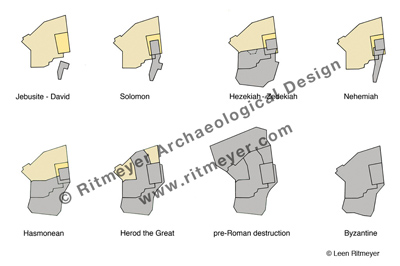 The city began its history on the Eastern Hill, located between the Kedron and Central Valleys. That is where Salem, the city of Melchizedek was located. The Jebusites took over the city and built a strong fortification around the Gihon Spring to the east. King David captured the Jebusite city and since then it was called the City of David: 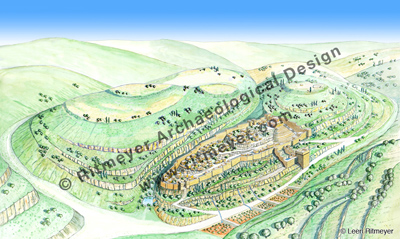 His son Solomon built a new Temple and Royal Palace on Mount Moriah, to the north of the City of David and joined the new Temple/Palace complex to the previous city with city walls, as shown on this drawing: 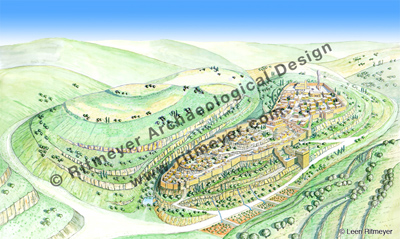 Jerusalem was greatly enlarged by King Hezekiah who had to cope with a large influx of refugees from the Assyrian invasion. For the first time in its history, the Western Hill was enclosed with city walls and joined to the City of Solomon: 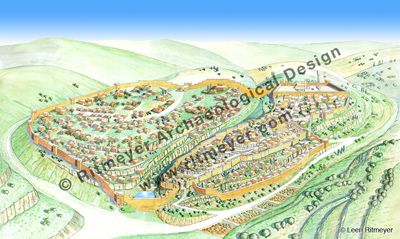 After the Babylonian Exile, Jerusalem was restored, but the Western Hill was left out, the destroyed houses and city wall a lasting memorial to the terrible Babylonian destruction: 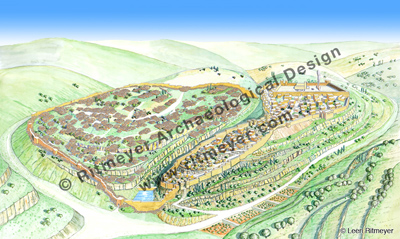 It was in the Hellenistic period that this hill became part of Jerusalem again. King Herod the Great enlarged the city to the north, as far as the present-day Damascus Gate, and built a magnificent new Temple Mount, as can be seen here: 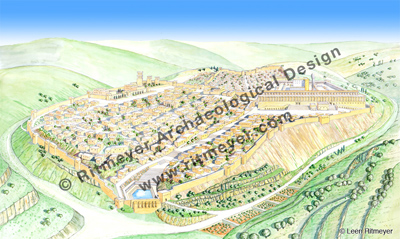 Just before the revolt against the Romans, an attempt was made to build another wall further to the north, the Third Wall: 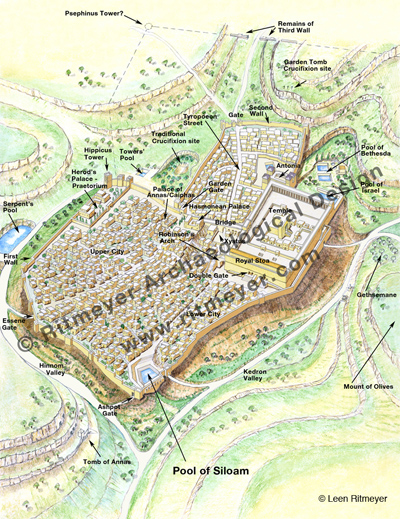