Last year, a new church building was constructed in São Paulo, Brazil, by the Universal Church of the Kingdom of God. 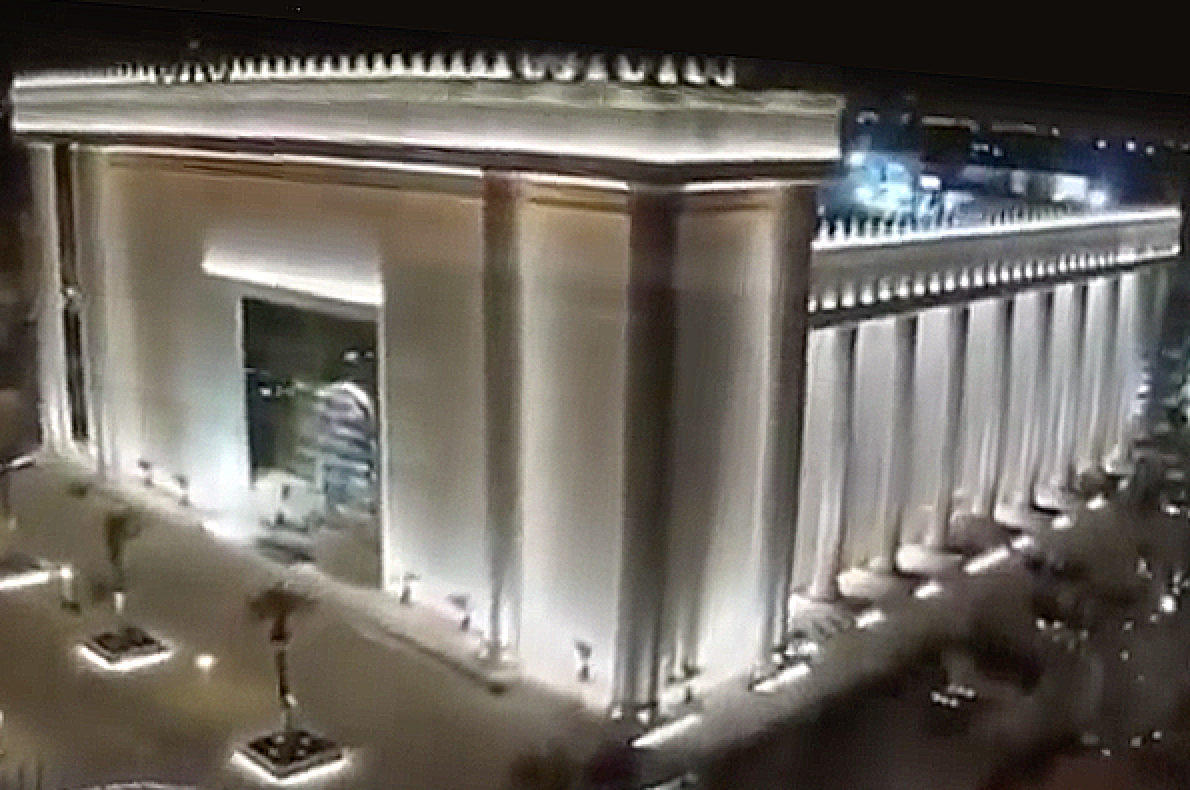 It is claimed that the design is based on Solomon’s Temple in Jerusalem, “but with increased dimensions”. It certainly is an impressive building, but it is hard to see a real comparison with Solomon’s Temple, which was much smaller and relatively tall. This new building serves as a church and has many rooms and even apartments, while Solomon’s Temple only had two rooms:

The exterior of this new building looks squat and hasn’t got the elegance of Solomon’s Temple in Jerusalem. Nevertheless, it is interesting to see how the Ark of the Covenant is brought in, properly covered with a blue cloth, and all the other instruments. There also is a model of the Tabernacle. Here is a video:

Wikipedia has the following page:

The Temple serves as both a house of worship and as world headquarters for the Church. The mega-church seats 10,000 worshipers and stands 55 meters (180′) tall, the height of an 18-story building. Its dimensions therefore far exceed the temple it replicates, described in the Bible as having the relatively modest height of some thirteen meters (“thirty cubits”, 1 Kings 6:2).

The majority of the temple space is devoted to the main sanctuary. The sanctuary is lined with pews imported from Spain, which face the main altar. The sanctuary has a conveyor belt system designed to carry tithes and offerings from the altar directly into a safe room. The main ceiling is adorned with 10,000 LED light bulbs which will form different patterns designed to look like stars. Keeping with the Jewish theme of the temple, the walls are adorned with menorahs, and the entrance features a large central menorah.

The church spared no expense in designing the many other features of the temple. Aside from the main sanctuary, the temple also has 36 rooms for children’s Bible school, with a capacity of about 1,300 children, radio and television studios, a museum about the original temple, and 84 apartments of differing sizes for bishops and pastors of the church. The 11-story complex includes outdoor features such as a helicopter landing pad, a garden of olive trees based on the Garden of Gethsemane near Jerusalem, and flags of several countries. There is a parking lot able to accommodate 1,000 vehicles and 50 buses, classrooms for 1,300 children, and radio and television studios inside the building.

One of the most prominent features of the temple is its large central altar. It features an exact replica of the Ark of the Covenant, built to the specifications described in the Book of Exodus. The structure is entirely covered in gold leaf. Behind the ark is the temple’s baptistry, above the altar is 100 square meters of gold stained glass windows, and an inscription “Holiness to the Lord”.

4 thoughts on “Solomon’s Temple in Brazil”