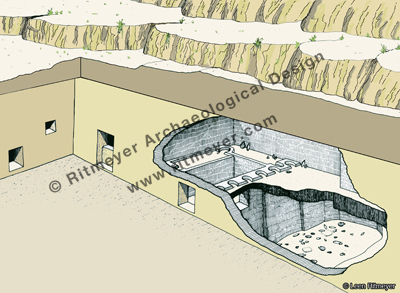 The name Ketef Hinnom means the Shoulder of the Hinnom Valley and is associated with the finding of one of the most important archaeological discoveries in Jerusalem. In 1979, a large 7th century BC tomb, consisting of several burial chambers, was excavated there. In the repository below the largest chamber, many objects were found, of which two tiny silver scrolls quickly made headlines. On the inside of the scrolls, the priestly blessing of Numbers 6. 24-26 was written in ancient Hebrew script. These verses are the oldest Biblical writings known to date.