A few days ago an ancient street was found in Jerusalem in an archaeological excavation inside the Jaffa Gate, next to the remains of the Hippicus Tower. This exciting find has been reported by many commentators. This CBN news item, however, shows an interesting video of the excavated street. The excavators have pointed out that this street was shown on the Madaba map: 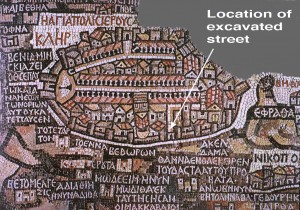 This map also guided the late Prof. Nahman Avigad to find the Byzantine Cardo in the Jewish Quarter of the Old City of Jerusalem. Using this map as a basis and taking all the Byzantine remains found in Jerusalem into consideration, I was able to make a reconstruction drawing of the city during that time. This then is a view of Jerusalem during the Byzantine period, showing the street complex and the many the Christian churches that were built at that time. Many Christians lived in Jerusalem, which was also visited throughout the year by Christian pilgrims. 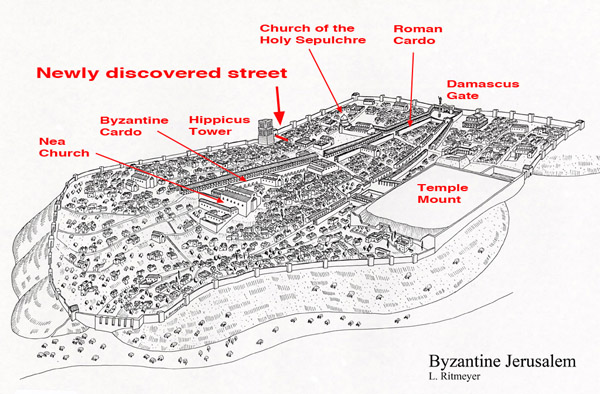