A “gate to hell” has emerged from ruins in southwestern Turkey, Italian archaeologists have announced.

Known as Pluto’s Gate — Ploutonion in Greek, Plutonium in Latin — the cave was celebrated as the portal to the underworld in Greco-Roman mythology and tradition.

Historic sources located the site in the ancient Phrygian city of Hierapolis, now called Pamukkale, and described the opening as filled with lethal mephitic vapors.

Here is a photo of the archaeological remains: 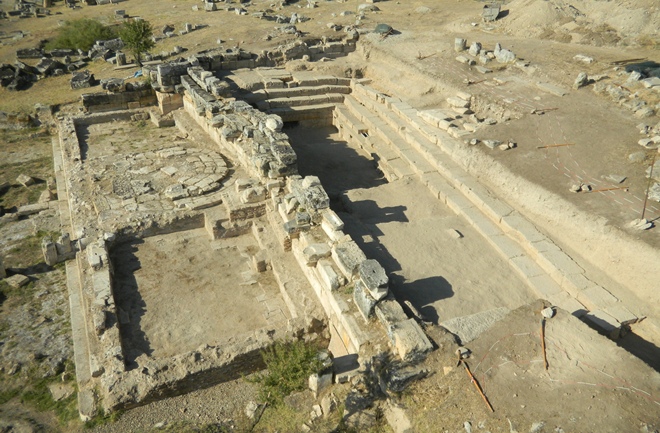 It looks very different from when we visited there a few years ago:

We could see the cave’s lethal properties during the excavation. Several birds died as they tried to get close to the warm opening, instantly killed by the carbon dioxide fumes.

It appears that the stone with the arched opening in the above picture was not in its original location, for when I stuck my head in the opening, I didn’t smell anything and nothing happened: 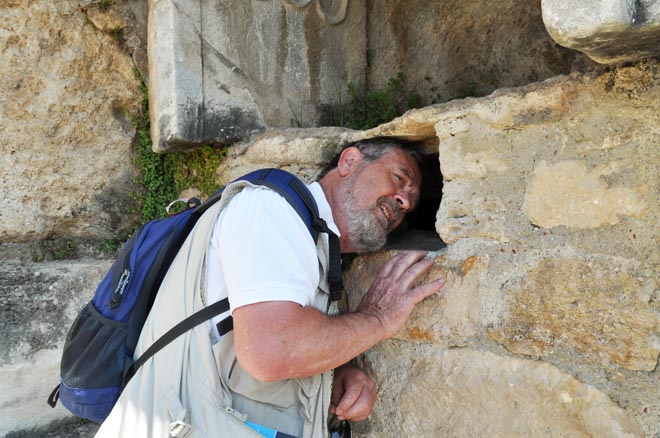 You can read the full account of the excavations here.