At the end of last year, SCM R. Brockhaus published a new German Bible Lexicon, the Lexicon Zur Bible. The lexicon has been in print for many years, but this new edition has been very much updated and expanded. The entries are arranged in alphabetical order and many archaeological sites are conscisely described. The Google Map geo-data of each archaeological site is also included. In contrast to the previous versions, the almost one thousand illustrations are in full color and consist of photographs, maps, charts and diagrams. About 40 of my reconstruction drawings, some of which were specially commissioned, are also incorporated, see my drawing of Nehemiah’s Jerusalem below. 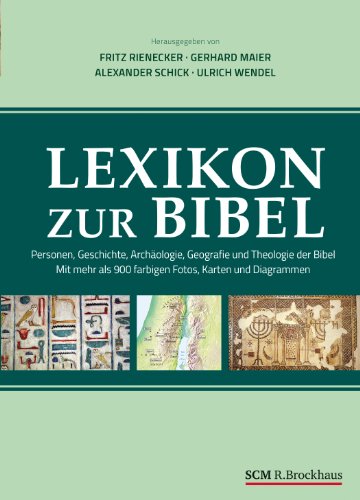 This lexicon is a serious reference work on the Bible, written from a Christian perspective. Many of the new archaeological entries have been written by Alexander Schick, who is one of the four editors. He has visited Israel many times and personally knows the Israeli archaeologists whose excavation photographs appear in the lexicon, e.g. Amnon Ben-Tor, Amihai Mazar, Eilat Mazar, Aren Maier and Ronny Reich. Alexander is an avid and gifted photographer himself and can always be relied upon to have up-to-date photographs of sites of biblical interest. He also runs a Qumran and Bible Exhibition.

Here is a snippet from the publisher’s blurb on the German Amazon website, advertising the book, the publication of which is a major event for Christians in Germany: “The basic character of a reliable reference work based on sound biblical theology remains fully intact. It is a must for anyone who wants to study God’s Word in a deeper way”.

One could only wish that this lexicon was available in English!