We are just back from another season at Kh. el-Maqatir, where the newly appointed dig director, Dr. Scott Stripling, wanted me to concentrate on the layout of the First Century village. Examining the architectural remains, it became clear that this village was fortified with a city wall and a massive fortress, updating its status to a “city”.  The dig, which is located c. 10 miles north of Jerusalem, is organised by the Associates for Biblical Research. Gary Byers wrote an account of the first week of the dig. Here is a picture of the remains of the fortress:

Last February, a conference was held at the Houston Baptist University , where I was asked to lecture on the topic “Does the Byzantine Church at Maqatir Reflect the Sacred Architecture of the Temple in Jerusalem?” If you have nothing better to do, you can watch the presentation here: 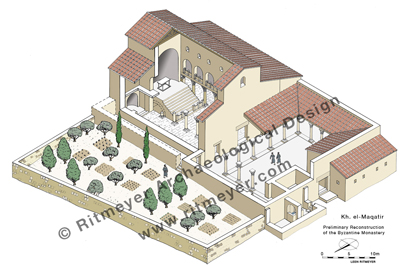 6 thoughts on “Excavating a Biblical city north of Jerusalem”