The entrance to the cave was via a staircase that was cut into the rock:

The drawing below shows people entering the oilpress cave CAV1 and two women sitting in the secret cave CAV3:

No doubt they thought they were safe. However, that was not the case, as along with the bones, evidence of brutal killing was discovered, in the form of arrow heads and shoe studs of Roman soldiers.

The bones of the victims were identified in 2013, as noted above, and were examined in laboratories for the purpose of determining the date of death. Only this past January were they transferred to Hevra Kadisha and buried in Ofra.

The residents of Ofra built a monument using natural stone on the grave of the women, and placed an explanatory sign that tells their story. A second panel bears the story of the vision of the dry bones from the Book of Ezekiel: 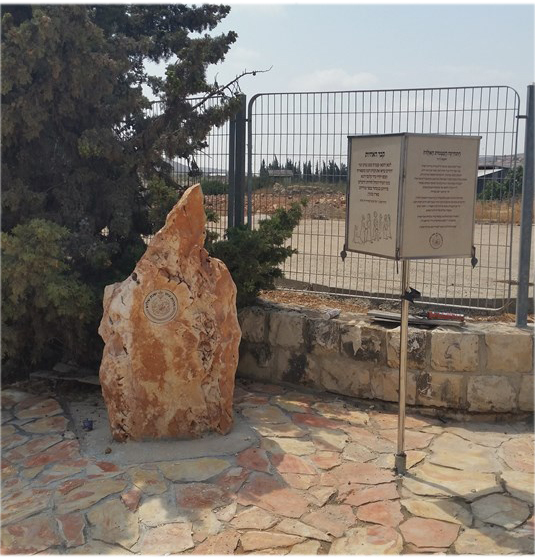