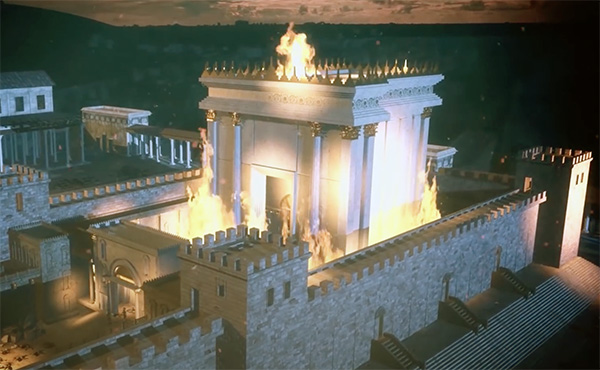 Yesterday was Tisha be’av, the Hebrew date on which the Jewish people remember the destruction of both the First and Second Temples.

In honour of this occasion, Megalim, The City of David Institute for Jerusalem Studies, showed a dramatized recreation (2019) of the Roman destruction of Jerusalem in 70 AD, called:

A Temple in Flames The Final Battle for Jerusalem and the Destruction of the Second Temple. Here is the link to the YouTube video: https://www.youtube.com/watch?v=y5vuoX09ryw