Israel’s History – a Picture a day announced that:

The giant newsreel archive British Pathé, released its entire collection of 85,000 films to the public this week.

The films, dating from 1896 to 1976, include hundreds of newsreels from Palestine prior to the establishment of Israel in 1948.  We found of particular interest the films of combat between British and Turkish forces during World War I and the brave attempts to push desperate Jewish refugees from Europe past British barriers in the 1930s and 40s.

“This unprecedented release of vintage news reports and cinemagazines is part of a drive to make the archive more accessible to viewers all over the world,”British Pathé announced.

“Our hope is that everyone, everywhere who has a computer will see these films and enjoy them,” said Alastair White, General Manager of British Pathé. “This archive is a treasure trove unrivalled in historical and cultural significance that should never be forgotten. Uploading the films to YouTube seemed like the best way to make sure of that.”

We present here several of the exciting films now on the British Pathé YouTube collection. Many of the newsreels are silent films.

1929 disturbances against Jews, a crude Jewish barricade,  and the arrival of aBritish naval ship in an attempt to restore order.

Thousands of American Jews take part in [1929 “monster”] demonstration before offices of the British Consul, demanding protection for their kinsmen in Palestine. New York, U.S.

“In Palestine Today (1938)” shows how the British restored peace in Jerusalem with the loss of “only” 9 people: 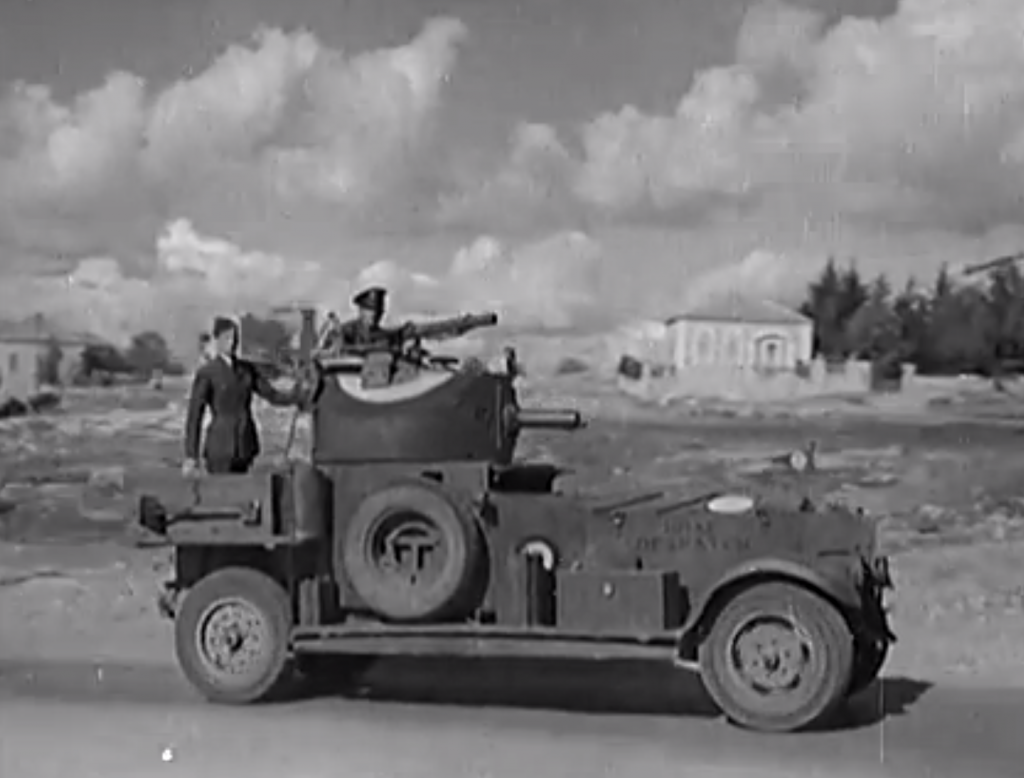